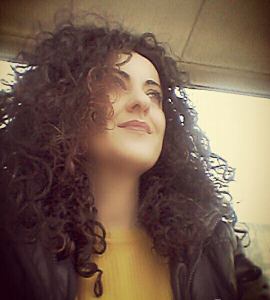 Juljana Mehmeti ( Albania- Italy)
Juljana Mehmeti was born in the city of Durres, in Albania.
Since she was a child she became fond about literature and writing, especially poetry, a genre that in the following years will turn into a real life motive, a way to better express her ideas, her thoughts, her visions and metaphysics , her point of view according to her consciousness but also improving the awareness of the same suggestion that surrounds the human world.
The first book “Soft – Poems” published in Italian language attracted the attention of publishers and Italian literary criticism, not only for its particular style, but also for new words, the language used, the philosophical message and the currents present in her poems that go from Hermetism to Surrealism.
The second book comes from the field of translation entitled “Vramendje” – (Rimugino “) of the Italian author Alessandro Ferrucci Marcucci Pinoli, which will constitute the first experience in this field, but will also strengthen his long-standing conviction, to know and translate in his language, many popular Italian authors..
The collection of poems “Oltrepassare” is her new book, which presents itself with the new tendencies of Albanian literature, postmodernism and universal consciousness, from experimental currents to absurdity.
She currently lives and works in Ancona, Italy.
In his light …
Sounds of eras
In eternal melodies
awaken from visions
of ancient castles,
that reign legendary
in mystic colors
in fluid tones,
in the white alley
where we stretches our arms …
Widespread aromas of musk
and migratory birds fleeing
that fly away …
and they fall
suddenly,
like a silk veil
in a breath of wind,
which opens the door to heaven,
to the refracted prism of the soul …
Cleopatra is wandering through the rooms …
On a pale autumn day
where time breaks down hieroglyphs and codes
reflected in wet walls,
with her image …
Trampling of distant steps
awake sighs
in silent woods,
bare from sins ..
The invisible wanders
in sad drifts
of an incomprehensible world
where the illusion is lost
in the silent space ..
and stops at the threshold of limbo
of a silver mist …
envelops the evening air,
then it climbs up
on the Andromedea armchair
in rooms darkened by night …
and it turn itself off
in his light …
Penumbra
On the way to the moon
that the sea enlightens,
I slowly slip with my eyes,
followed by a long white dress,
in the foggy darkness of the night
up to the last border of the waves.
You kidnapped me …
Also this time…
in the mysterious white light …
that appears in the image – space,
as a pale silhouette of hope …
projected …
… somewhere here I am…
me with my darkness
lost in soul storms …
climbing in the bent rays …
I climb …
on beds of stars,
where I leave my sadness …
and you,
wrapped in a black veil of universes,
like a point of light on the horizon,
you shine …
and remote mysteries of existence
you enlighten …
Perhaps we are meteors
in the dark night we burn …
Our Thoughts,
anxious penumbra among invisible borders,
like weak flames of a candle
they swing …
… we go .
Overwhelmed by darkness,
moons of hearts we cover …
***
On the way to the moon
our thoughts slip,
hanging by a thread of hope
until the last of the senses …
Maybe…
we lost in the night,
we’ll follow our shadows …
the only point of hope,
up to the light …
…up to the dawn…
I did not know…
I did not know,
that my feeling for you
was more than a love,
almost immortal. ..
I did not know,
that the sun could born through your eyes
flowing between blue eyes
deep within the soul.
I did not know,
that the words could remain silent
freezing themselves
on the hard threshold of disappointment.
I did not know,
that nostalgia could be thorn off the windows from the rain …
and I disappeared in silence
in my abandonment…