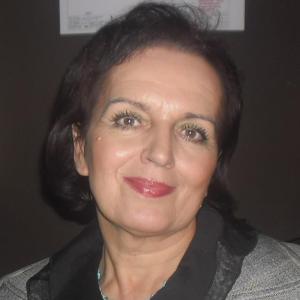 Poems by Мilica Jeftimijević Lilić
A DIPTYCH
“Give me my glasses,”
Fernando Pessoa said
in order to see death better,
although in the cold hospital room
it was visible to the chaplain, nurse and doctor,
who watched over him at the fatal hour
as if he had never meant anything to anyone.
So, with his glasses on,
and calm-eyed he entered eternity
through the duration door he had opened with his poetry.
His undying ironic pomes
mocking the frailties,
remained as a good pledge for the death of the hungry body
that was demanding, restraining, requesting.
And he rose up to infinity
in order to bring back the sound of double meaning:
for everything is pain – soul’s moaning, emptiness,
the cramp of the matter and spirit, which is a poem,
flying off the Creator’s lips, and even when blaspheming
hidden at the bottom of the being, conceived who knows when,
it is an unexpected fruit that wants to live
lured by a glass of the resurrected vicinity.
Thence the poem sets off, its bare life
which will obtain its body
when the poet gives it his soul, mind, image
like the sea presents a shell with the sound
so that deep mysterious noise roars
the fury of fire and the rumble of the Universe
united forever in the hidden pearl
just like in the passion the bodies of ascension
get united, the diptych poem of the Matter
not expressed by words or images
but by a scream of the beauty of frenzy
of the happiness itself equal to the moment of birth or death
out of which a delicate poem flows
the lasting halo, the fresco of the Matter.
The Creator’s habit that for a moment hides us
from baseness of the world and deceptions of ourselves.
Created timeless images with the whole
with the diptych Poem of meaning and music
with the tear on the face of the false History
mocking the death of the travelling poet
who gives birth to soul even when the body dies.
Translated by Lazar Macura