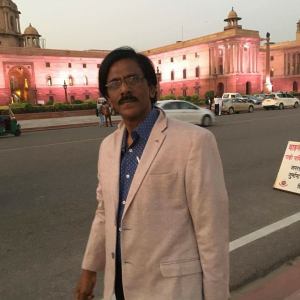 THE CAMBIONS OF GROSS CULTURE

There the handless demon is milking the half-asleep man’s wealth,
The moon flips backwards into the fireflies for warmth in stealth,
You cannot eat the heart that was like non-existent window strips,
The man moans with his head bumped on the succubus wage-slips,

Everywhere the facial holocaust is brewing in ghettos of narcissism,
The display of erogenous zones on World Wide Web is in self-schism,
May be it is the invasion of Black widow spiders and dancing scorpions,
Social mirrors are choking with moral-paralysis from self-stinky minions;

With his forethought the titan created a big army,
He stole the fire of freedom ideal from the enemy,
From war clay he constructed a force of resistance,
Enemy’s enemies have become friends in axis chance,

The war between Titans and Olympians reached the climax,
In a subcontinent the struggle for freedom reached its max,
There the religious great divide was spreading into Hate River,
The Axis was broken and the Allied were in near victory shiver;

There were questions about the integrity of Prometheus,
Why should he go exile to join the dictators with short fuse?
How can he be on the side of the Titans of massacre and genocide?
Did he overlook the excesses of his friends straying on the wrong side?

-‘Give me blood and I will give you freedom,’- his motivational call,
-‘On to Delhi (Dilli Chalo), Glory to India (Jai Hind)’ – chanted by all,
-‘Unity, agreement, sacrifice (ittehad, etemad, qurbani)’- walking tall,
We will achieve our freedom by fighting our enemy unto his fall.

The atomic turmoil and the Fate’s reversal brought a new dawn,
Flying on misfortune wings he embarked on his last flight drawn,
When destiny plays the end game a war plane becomes incinerator,
Gasoline soaked clothes became an eagle fire that consumed the liver,
We always believe that heroes won’t die, but slowly fade like fire forever;

1. FIRE IN THE LARGEST LAND THEATER OF WAR

The stage was painted with human follies and miseries,
With inbuilt ghettos and concentration camps of worries,
One hundred million people from thirty determined countries,
Staged their tricks of war in killing fields bathed in human vagaries;

Forces of Axis and Allied fronts lit their torches of hate,
Vultures of war, starvation and disease sealed civilians’ fate,
Nobody knows why they are dying and nobody did mind,
In the name of Mother Land, lives were gone with war wind;

Then came the Russian winter and the dance of death,
The fire became atomic Fat boy and the Little man,
This fire swallowed the fire in Axis powers domain,
Within ten days A great Indian Fire took his last breath;

The Fighter plane was gurgling and choking on its pick up round,
The port side engine and the propeller fell on to the rear ground,
The plane plummeted to right, crashed and exploded all around,
They saw two passengers coming out, one an instant human torch,
The torch of India’s hope flickered and died in its freedom march;