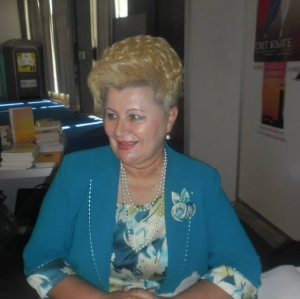 In 2015. Artprint Publishing House from Banja Luka published the book Light above Stojčinovićes’ Countryside – Poetic Work of Jovanka Stojčinović Nikolić, by Professor Bogomir Đukić.
From 2012. to 2016. she was President of Association of Writers of the Republic of Serpska.

THE WEIGHING OF WORDS

MOUNTAINS IN MY BODY

All night long I have been flattening mountains
In my body

I suffer when I see that the world is falling apart
And so far we have lived on this .

Translated into English by Lazar Macura