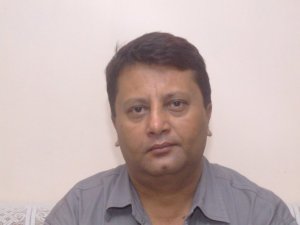 PEACE, BE RE- INSTALLED, IN HEART

Let us herald Peace , again, in these times
of vitriol, hatred and terror inflamed beyond repair
by the well-fed merchants of death.
Called Εἰρήνη in Greek
she ruled the soul
of entire city-states and transcended limits of time and geographies
via her enduring appeal;

The ancients had better understanding of peace and prosperity that ensued
longer spells of harmony under her reign,
despite the ugly wars waged, won or lost and

as an embodiment of peace, nurturing and maternal love
and expressed these core qualities
in you, Peace, holding the child Plutus and a septre and a horn;

What a marvelous depiction, deification
of essential womanhood by the young eyes of the early Greeks!

They installed her statue, in Agora of Athens, for public worship.
Copied by the Romans and often painted on an ordinary vase
the goddess lived on and was lost in
the manic sounds of the marching drums
of hungry and mad armies across the nations, almost
trampled for long, by their boots, on a red soil or tender grass.

The New Millennium, working in Mumbai or New York—for the survival of an imperiled earth, mother earth, down and degraded by greedy men.

She defeats the fierce Mars through overtures of love, peace, poise, maternal instinct and good sense, like your typical mom.

So, let us again herald and usher the goddess in her best shrine, a