Today my heart is heavy, filled with mixed anxiety, and grief
My beloved alumna sister, Toni Morrison, is now in relief
Read about her, as I entered the halls of Howard University
Where she attended, graduated, and taught as a professor
She had a mission and vision, one of God’s great successors

She changed the landscape of African American literature
As an editor at Random House, she encouraged creators
Angela Davis found inspiration in her words as an author
Embracing her own unique self and cultural poetic voice
Stokely Carmichael also embolden by her, made his choice

Gracing Newsweek’s cover, with great success many prayed
Winning the National Book Critics Award, she was on her way
“Song of Solomon” made many realized she was here to stay
First female author to win the 1993 Noble Prize, she was no play
Now my beloved sister has another journey and has gone away

Such an internationally acclaimed visionary force with her pen
Receiving the Presidential Medal of Freedom, 2012, back then
She touched many heart and souls, people called her a friend
Her legacy is here to stay for many to embrace and commend
My beloved sister, has completed her journey leaving dividends

In grand style she moved on to another phase in another journey
The sting has been removed from her soul with a smile of peace
The Creator has another place for her and with outstretched arms,
Saying, “Well done great and faithful daughter. You have
Taken little and turned it into many for others—Welcome Home!”

May God continue to bless our Alma Mater, Howard University, and the great talents of knowledge it generate for future endeavors. Blessings always! 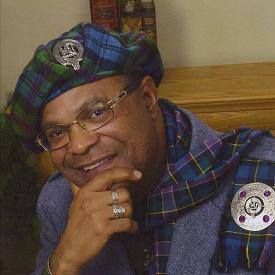 Joseph S. Spence, Sr., has authored seven poetry books, and invented the “Epulaeryu Poetry, Linking Pin Sonnet, and Seventh Heaven,” poetic forms and styles. His writings have appeared globally in forums such as: journals, anthologies, magazines, ezines, the U. S. Army, newspapers, et al. He retired from the U.S. Army as an officer, and was given the name “Apollo,” the Greek mythical god of poetry and music, by his military comrades for their appreciation of his poems. He has taught at Bryant and Stratton University, Milwaukee Area Technical College, the American Baptist College, Milwaukee, Wisconsin, and is a Goodwill Ambassador for Arkansas, USA. He has inspired audience around the world with his inspirational and uplifting poetic words, and has received many poetry awards including: Noble Star for Literature 12/2018, and Living Legend of the 21st Century 5/2019 (India); Literary Gold Badge 5/2109 and Ambassador De Literature 6/2109 (Oman); Gold Medal of Honor 5/2109 (Nigeria), Poetry Ambassador Medal, Independent Poet Laureate, Who’s Who in Poetry, Numerous Editor’s Choice Awards (USA); and Poetry Bard (UK). He is a professional book reviewer who has reviewed and posted over 50-book reviews in various mediums. He has membership in various global scholastic honor societies, served as poet-in-residence for Saint Andrews Scottish Society, and is a member of the Scottish poetry bard, Robert Burns Club, Milwaukee. He is the chief advisor to the founder, Shiju H. Pallithazheth, of the largest worldwide poetry forum, “Motivational Strips,” which is dedicated to uplifting humanity with inspirational poetic words. His poems have been published in the following languages: Chinese, French, Polish, Spanish, Japanese, Arabic, Jamiekan Patwa/Patois, Scottish Gaelic, Nigerian Yoruba, Bengali, Assam, and Hindi. He studied English Literature, Creative Writing, Africology, and Poetry at University of Wisconsin, Milwaukee, loves historical poems based on his worldwide travels, and resides in Wisconsin, USA.