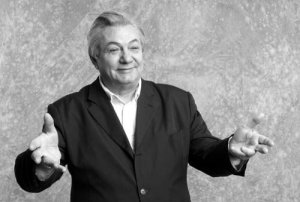 Lampada tradam
(“I deliver the torch”)

Afternoon, beautiful as
The cooing of the turtledoves,
I’m getting bored under
The caresses of freshness.

They don’t want to sleep
At this time.

Over me above me
The Red fruits of the hawthorn
Glow gracefully
In the darkness of the wall
Running around the house.

A solar silence
Hold the world in its embrace!

By sleep me
I’m thinking about the famous collection
Of Latin riddles aenigmata
The Caelius Firmianus Symphosius!

And I dream, pressed against the ochre wall
At that prodigious time where anguish
Got a captivating word!

My God, what a job,
What a lot of white nights!
Would I have been able to do so much effort?

Beautiful-of-day, bindweed tricolor (Convolvulus Tricolor). As its name suggests, the belle de jour is an annual day plant that only blooms in the day. It is also called “morning glory”. indeed, once the night has fallen, its flowers close. Usually Purple Blue with a white gradient and a yellow heart, the flowers of the Belle-de-jour are in the shape of a funnel with a diameter of 3 TO 5 CM.

In other varieties, these can be white or pink. The slightly hairy light green stem, for its part, is between 30 and 40 cm. It is a dense vegetation, with abundant blooms, which grows in the wild, but is also planted to beautifully wallpaper the flowerbeds, the massif, the terraces, the balconies, not to mention of course the gardens.
Rosaceae (N.M.) is a species of flowering plant in the rosaceae family, commonly known as rosaceae.
The species most used for their medicinal properties are the hawthorn or a-Style Hawthorn (crataegus monogyna) and the two-Style (crataegus monogyna) and the two-Style Hawthorn (crataegus laevigata), while the azérolier or thorn of Spain (Crataegus Azarolus) is sought For its fruits called crabapples. The word crataegus comes from the Latin crataegos transliterated from the Greek strength or kratos meaning “force” (reference to the hardness of wood).
Caelius firmianus symphosius – Latin poet of the th century AP. J.- C. Author of a collection of a hundred riddles of three hexameter entitled aenigmata. This work influenced the medieval tradition of riddles in worms.