Poetry of Juljana Mehmeti, as a fluid ornament and overtaking of the time notion
Poetry was and still remains our deepest suggestion, eloquence of thinking, the most ideal symbolic and harmony of merging of sensitivity element with the natural one and raised to the philosophic level, it expresses perceptible concepts and visions, very often by overtaking the memory itself and the encountering the time, thus, becoming a precursor of mindset of a different future, always with variation and development. Coming in the forms and structures starting from classic ones towards the free verses, or various figurative presentations, deciphered to universal meanings and messages, this literary gender knows how to follow the coherence of life within the entire spirit of the created modality, to enounce new ideas which coincide with high virtues and with freedom by emancipating ceaselessly the human society. In this viewpoint, it is unimaginable how the world would be without poetry; perhaps it would look like a garden with no roses, with no scent of life, with no flavor, a reel where the body would be detached from the spirit and it would wander around its own coldness, same like in ether, empty, simply, a mechanical machinery which repeats the cycles of life. Starting from the comprehensive contexts of art in general and poetry in particular, reflection as a process and the tracks which should be left behind, the poet Juljana Mehmeti furnishes a different emphasis to the teal color, which is a different specter, by unification with the postmodern spirit. In the very beginning, we encounter hermetic tendencies and nuances which cross between futurism and absurd, therefore, same like in confrontism between the created dualities, a sensitive world appears, with dramatic bursts and figurative refractions which summon and plunge you into deep thoughts, with no boundary, coming from the beyond conscience. Synthesis of verses has the fluency of the penetrating idea and it is interlinked with figurative elements such as: metaphors, epithets, comparison or antithesis, increase significantly the power of verse by bringing it to different dimensions, to other prisms which breaks the current traditions in order to bring a new presentation and her individuality which is both creative and modern. The author is a poet of the fine detail, unreachable by the eye of a human being, of the fluidity and the delicacy of the word, spirited and raised to other skies, she is the poet of periphrases and images, the coded language hidden behind the stage curtains, she is a complexity of presentation of conception, almost to the border of the impossible, she is measured and merged with the time metaphysics, often up to the absurd. Her chosen style and her detachment from framed formats, makes her art versatile, more laconic, shining for the message itself which enquires to follow or draft the concept within a world with no edges, but an opened universe, diverse and endless. Penetrating into the poems of this author, entwines you with the deformed forms of life and human characters, highlighted with grey colors or silhouette forms which follow behind like shadows; directs you towards invisible threads which hide knots and tangles which need to be untwisted; it brings you to the areas which look like they are empty but which are bedimmed from the disoriented memory of the darkened reason, it sinks your senses (figurative meaning) metamorphosis which brakes the liveliness and, as in rebellion, she always has a great awakening, a revival, a new hope, an illumination which, even it appears and fades away, it whitens and enlightens with the infinity of the bright shining. Three-dimensional view of this poet goes through the bas-relief (sharp observation), outlook (forming of concepts of thoughts) and esthetic sense (spiritual feelings used in art), which looks like they are coming stretched in the space and time, performing a language which is elliptic for the genre it presents as well as philosophic for transmitting the message. What is important to distinguish in this type of poetry is the environment of presentation of the image as vivacious form in motion and an abstract spirit, as a reel and mist which encircles the borders of the reason and, in this context, refraction of light illuminates that hidden imaginary world from the deepest lore of the conscience in order to restore visible, touchable and sensitive forms of the human inner part.

Juljana Mehmeti
Furthermore, let’s go through some poetic fragments and let’s follow the curve of the entire essentiality of thought as her product but also as her power of the expression.
At the poem “Overtaking …” we have an overpass of the state, wandering towards some unknown pathways, past footprints, broken and fragmented to eternity particles, which perhaps spread like that to the endless universe, get ionized and they ignite the color of life, different meanings and boundaries, remaining the mark of the one that is bygone even thought it revived loudly.
“We wander,
between nothing and infinity
language of the gone traces
particles to eternity
… always more distant
in order to understand the limits…”
Selecting of wording wandering in derivation with nothing (nobody) but also the eternity (everything) is more than a clash between two worlds, a dualism form, which always accompanies the spirit, and, like this, between two edges, the one of dark stains and endless colors, running like in infinity, with the hope that always there is a tomorrow, has a sign that it will leave behind the traces of the boundaries of existence. Also in philosophic aspect, the possibility touches levels of a recognition which overtakes the common one, it penetrates to the infinite idea, abstract and un-imaginary up to the end limit where our ignorance becomes dark and it raises endless question marks, almost paradox, with the paces towards the cohesion of time.
“Sounds of epochs
in continuous melody,
awakened to visions
of antique castles,
reigned by legends
among mystic colors
with fluid nuances
to the white alley,
which spreads out widely the limbs..”
“In his light …” is another poem which resumes to stigmatize in this way and follow the same flow of thought. Sounds of epochs are more than a continuous effort in perfection, which awakens visions through the born genesis transformed through the time almost to legends. Coming from mysticism in fluid and hyperbolized nuances, they become more mythic as in the time of rise of Gods by posing white alleys and holding the irritated breath to the past which is collapsing and to the present built in the remained ruins. Apart from the philosophy of thought, here we encounter also the symbolic alternation unified to the light, solving of enigmas, recognizing them which in the below verses revive Cleopatra as the imagery of shining of beauty but also of sensitive affections almost to the craziness, by dragging through the corridors of the pyramid the tunic of centuries, which will remain a portrait where the sadness, delicacy, passion and power of a woman will be embodied.
At the poem “Painting the feelings” but also in other following poems, you can encounter lyrical elements, which through the rich figuring, the musicality of words, eloquence of the verse, raise this feeling which is very fragile to the endless spaces, there where meteors are burning on fire, there where the rainy tears twinge a spirit, there where the longing tear becomes sea and echoes from the billows of waves, there where the moon descends to the earth and washes in the clearness of the souls fallen in love. This feeling is so strong and so extravagant, therefore poetic words are flowing and they get refracted to the light of the colors of the rainbow, in order to remain as it is, inalienable, pure and to be the meaning of the entire happiness of this world.
“…and the light cuts off the ribbons
to the distant horizon
to the end space
sweet reflexes
like that in the purity
it follows
painting of senses…”
Certainly the lyrical in the poetic style of the author is not simply a usual meditation of life emotions, or in erotic forms, but as deep product and culmination which goes through sensitive and spiritual senses and these naturalized with natural elements, merged with music notes or shining colors, create that environment, that charm, that universe which illuminates reflections up to the pureness, up to painting of senses.
All this poetry which is provided for the elite readers through the poetic volume “Overtaking”, is more than an effulgence which penetrates the life coherence, and it is more than a flux of light which spreads particles of words in the modern literary universe and as it is coming, spread to the time and space, between philosophic ideas and visions which overtakes itself, constitutes a fundamental turn and a new orientation towards the present universal thought.
By: Agron Shele 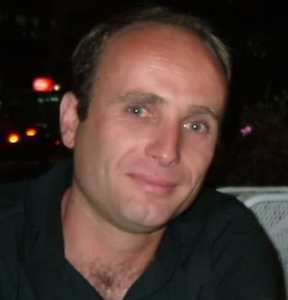 Translated into English by Arben Hoti

One thought on “Poetry of Juljana Mehmeti, as a fluid ornament and overtaking of the time notion / By: Agron Shele”