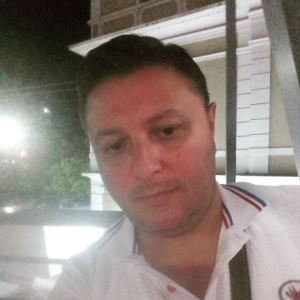 Enertin Dheskali (Albania)
Secretary General of Board of International Poetical Galaxy ATUNIS
Enertin Dhiskali was born on March 31, 1976 in the city of Fier, Albania. First, he graduated at the “Perikli Ikonomi” gymnasium in 1994, and then in 2001, he learnt at Tirana University. He majored in Language and Literature, with very high scores (averaging over 9.5). Also in 2006, he did the two years -post university degree program for Foreign Literature and Aesthetics. He Graduated the PhD School in Albanian Literature and Aesthetics profile, and got another Masters Degree at “UFO” University, “Administrative Science”. After, he completed his studies and graduated, he has been working as an external lecturer at the University of Vlora, teaching Foreign Literature, Standard English and Aesthetics courses. He also handled the field of journalism, where he worked as editor-in-chief and director of local television “Apollon”. He is well acquainted with several foreign languages, certified with a maximum grade at the Faculty of Foreign Languages, Tirana University. So far he has published three poetic works, titled “Gjurmë zemre nëpër kohë”(Heartbeats Through Time),” Përtej ëndrrave dhe përjetësisë”,(Beyond Dreams and Eternity,)” and ““Gjak në kozmos”.(Blood in the Cosmos.).
THE DEATH OF THE POET
On a moonless night
While the sky was crying over earth,
With the last verses in his head,
He was giving to life his farewell.
There was no more paper on the old table,
Over the old wood only dust was sleeping,
He was dreaming of kings and slaves
And a raging sea of waves.
The wooden bed cracking from the dreams,
A spider waving flags in the room,
The death angel while calling names
A white piece of paper hung on the wall.
He laughed for himself and cried for the world
And his last verses he scribbled in his head,
Sorry he felt for not finishing the poem
About the miserable people on earth.
On top of the light stand, blacked from the night and the smoke,
A clock like a crow cawed loudly,
Waiting for the poet to wake up
And then to put him on another sleep.
The moon hushed.
The old sky fired up with lightings,
The last dream beside the poet ended,
A poem left in the middle, unfinished.
Silence was the only witness
When the body and the soul parted,
Verses and dreams one last time flew,
They faded then, they fell…
….
The black night was ending
And the sky was crying over earth,
Farewell gave to life the poet
With verses epilog in his head…
OLD HOUSE
At the black grapes
I found my soul,
In my parent’s old house …
Sun’s rays danced on the window,
Lemon’s flower while coming to me
Fragrance and fire brought to my soul…
Ah, that house,
Old, adobe and mud,
Childhood memories buried in graves,
In the doorstep I die in dreams,
And again in dreams, you bring me back to life…
In the black grape I became wine,
My soul I found again
In my parents’ old house…
COME, FAR BEYOND ALL THE WAITINGS
Come,
Without you I cannot sleep,
The silence dialogs with your voice
In the labyrinths of the mind,
While you cuddle like a little kitten,
Caressing with a child’s playfulness,
In my heart’s bed.
Come!
Distance is only imagination
While the imagination does not fear distance.
Come,
The wait sits with its legs crossed
In my thoughts,
And then it crosses the borders of the continents.
My night awakes in your day
While your day closes in my night,
The dreams mix up in the ether of hopes.
And the feelings flow in the veins
Trying to become one, through two half parts.
Come,
My wandering ends in your lips,
Come,
If I die,
Let me fade way in your gaze
There, where I want to,
Far beyond all the waitings…
Do come, die and live with me…
I AM WAITING FOR YOU
I am waiting for you!
All the undertones of my soul are searching for you,
All the hours of the day to you are running,
My night does not sleep,
For you awaits while hugged in the dreams,
Playing with your image
In the bed of wanderings.
In a few days you’ll come
Riding a bird or a cloud,
While I’m waiting for you
With the smile of the tears of longingness in my eyes,
The fervor of a kiss on my lips.
Your voice runs through the continents,
Sometimes like a loud howl of feelings
And sometimes like a gentle lullaby that puts me to sleep…
I am waiting for you,
With my soul filled with cries of lustful yearning,
The fabric of love wrapped around my heart,
Loaded with hopes and longingness in my mind.
Come!
Cross the days and the oceans of pain,
‘Cause, I am waiting for you.