CREATIVE FAMILY IS THE GIFT FROM ALMIGHTY
this words belong to the famous scientist and poet Vugar Akhmed…
Having such family really is the greatest gift from the Almighty. I will introduce you one of the creative family of Azerbaijan. This is the famous scientist, professor Vugar Akhmed’s family.There are two scientists in the family. Sabina khanum – Vugar Akhmed’s wife is the assistant of professor and Vugar Akhmed. All of them are the scientists of Azerbaijan State Scientist Akademy. They have two children. Son and daughter. And all of them are high educated.
Many Vugar’s poems are published in “Galaktika Potike “ ATUNIS”. For this, I and the Akhmeds’ family thanked to the chief executive of the anthology Agron Shele. But today I want to write about the daughter of the family, mugham singer Almakhanim Akhmedli.
She was born in the capital of Azerbaijan, in Baku,in 8 august, 2001 years. Her first education was at humanitar gumnazium under the name S. Pishevary. Then she had got the second education at college under the name M. A.Sabir. During these years she also had got education on music, and finished this with high diploma. But she was fond of Azerbaijan national music, that is why she decided to get her high education at Azerbaijan National Conservatory. (bachelors) but master degree she has got at Azerbaijan National Art University.
She sings songs in many different foreign languages. But she mastered on Azerbaijani mugham,that is why her creation rich with Azerbaijani mughams. She awarded the medal at International Music Competition between Turkish nations.
28 May is the greatest day for Azerbaijan people. This day we celebrate the 104 anniversary of our motherland. And Almakhanim presented the great concert to her people. And I want, you also get acquainted with the small part of this concert
https://youtu.be/HTYmwtXPjCg
https://youtu.be/eSjUQLIkMVg
https://youtu.be/Af2hmmz2EGg
Hearty thanks to “Galaktika Potike “ ATUNIS”. Respect and love from Azerbaijan !!! 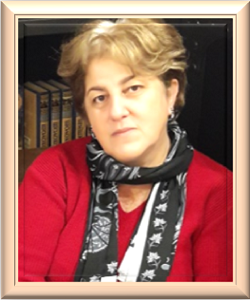