ZACHAROULA GAITANAKI
Zacharoula Gaitanaki was born in Athens on November
30th, 1966. Now, she is a small farmer and lives with
her family in Zoni, an Arcadian village.
She writes poems, articles, short stories, essays, novels,
and review of book. She is also a translator of books of
poetry.
She is a life member of the “World Academy of Arts and Culture” / “World Congress of Poets” (which awarded her the title of the Honorary Doctor of Literature) and of the IWA (International Writers Association). She is a member of the “World Poets Society” and of the “Asociacion Mundial de Escritores – A.M.E.” of Spain (No 3299).
Her poems, short stories and essays have appeared in foreign and Greek Anthologies, they have been translated into English, French, Italian, Albanian, Bengali, Russian, Portuguese, Japanese, Spanish, Chinese, Korean and have won prizes in national and international literary competitions. She selected by “The International Poetry Translation and Research Centre” and the Journal of “The World Poets Quarterly” one of “The International Best Translators 2005” (China, 2006) and by the Greek Literary Club “Xasteron” as “The Best Greek Translator of the year 2007” (March, 22, 2008). “Best Poet of the Year 2012” by the IPTRC. “Best Translator of 2013” by the “International Writers and Artists Association – IWA”.
She has published the books:
1.- “DISSIMILAR LANDSCAPES” (Poetry collection), Athens, 2001.
2.- “POTIS KATRAKIS, A PROLIFIC WRITER” (Essay), Athens 2003.
3.- “STATHIS GRIVAS – WRITING FOR LIFE – Tracking in his poetical space”
(Essay), editions “Platanos”, Athens, 2006.
4.- «200 YEARS ZONI (1810 – 2010)», a special edition (with 59 photos),
“Morfotikos Exoraistikos Syllogos Zonis of Arcadia”, 2010
5.- “POTIS KATRAKIS – ROUTE TO CREATION”, (Essay), Athens (1st edition: 2012, 2nd edition: June 2013), Editions “Lexitipon”.
e- mail: zgaitanaki@yahoo.gr
You can visit her web site: https://zaharoulagaitanaki.wordpress.com 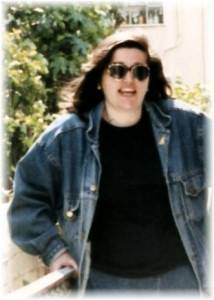 Zacharoula Gaitanaki’s poems
THE POETS
Poets do not struggle
with bullets and knives,
they write verses, sing
and extend their hands.
They yield in inspiration
in the hours of loneliness,
they count with verses and strophes
fine weathers and storms.
Poets do not love
simply for love.
They write verses for naked bodies
before they touch them.
They are absorbed by love and swim
in love’s depths
and after, they write poems
for “the moment” that is lost…
MY SOLITUDE
I captured my solitude on a large sheet of paper.
Afterwards, I held it in my hands and I began to cut it into small pieces,
until all the paper became a great number of pieces thrown on the floor.
I pile them up and I set a fire.
I opened the window.
I took the ashes and scattered them out on the road.
Closing the shutters, I saw my solitude to spread on the side
walk her overcoat to spend the night.
In the morning, it will knock on my door again.
As every day….
OF FORGETFULNESS
Those small hours
that the moments are confined
in the drawers of memory,
keep a dim recollection,
make it a shot of your pain
and throw the dice.
Even if come six in the line
give in forgetfulness the joy
to go for a stroll…
Whatever hurt you much
let it become a teardrop and a kiss
to ease you.
TRIPLEX POEMS
* The injustice and dishonest
have their protector:
the Justice of Money.
* In glamorous receptions
make their image
some contemporary Poets.
* At places of trees
cast cement and irons.
The creators of a new nature.
* Today, the informers
do not wear hoods.
They look right in your eyes.
CEASE OF FIRE
Soldiers all over the world
loaded their guns
with April’s wild flowers.
One evening, took their helmets
and threw them in the seas
of the worlds.
And after, they kissed
and hugged like old time friends.
Military camps have closed
their gates for ever.
Out there, children began to play…
GOLDEN MEMORIES
In life’s end
if our heart could live
in happiness again…
Past greatness
soul’s tools
that open the closed windows.
Golden Memories
are treasures to live
the years that you are left,
as times run away,
as the storms come and go
and the shoulders lean
from tiredness.
WHEN…
There are moments,
that Poets owe to keep silence:
When birds sing,
rivers flow their water quietly,
sun shines and warms everywhere
and people live in harmony.
And there are times
that Poets own to cry out:
When the sky is getting dark
from smoke of rockets’ and fires’,
sea is darkening from oil
and sea-gulls are dying from pollution.
When sun isn’t warming all the people
and children are unhappy.
When ear spreads panic,
fear and death,
leave behind ruins,
cripples and shuttered devastated dreams.
Then, Poets owe to write.
Making pen a weapon,
a message and a hope.
Till they come again these moments
that Poets owe to keep silence.
Zacharoula Gaitanaki
Greece

Poem by Dr. Jernail S.  Aanand   FOOLISH SHOW A bullet is very discreet When it approaches our ramparts But it loses all scruples as it leaves the body. How secret it was! a surprise for the planets when I … END_OF_DOCUMENT_TOKEN_TO_BE_REPLACED