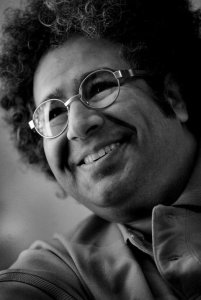 Poems by Bektash Abtin
A Forgetful Little Fish
A round jar with three quarters of water
Our geography was an uncertain land
And we
Like red fishes
Confused in a soiled pitcher
Swinging and falling in love
And this is how she fell in love with me
Walked around and forgot me
What I was saying!?
I Do Not See Much of You These Days”
She kissed me and left
There’s always her trace on my lips
Like the vacant spot of an old watch
On a fading wall!
I was swinging the world
In a tiny cradle
Crying for myself
Singing lullaby
And the pacifier
Was the first lie
I was whispering
A Bright Crow
Scorching sunshine
On inflated eye of the rooster
A bright crow
Wakening up the darkening ally way
White Memories
In a white swaddling
I was paddling
And making love
In the layers of white sheets
I will rest in peace
White memories are shining
In a dark world
Translated to English by Hassan Basiri
Bektash Abtin is an Iranian poet, filmmaker and the member of board of directors of Iranian Writers’ Association. Abtin has published five poetry collections including “When My Leg Broke, It Wrote, Let’s Return” published by Roozegar Publications, “Eyelashes, My Eyes are Stitched” published by Negima Publications, “Solitude Identity Card” published by Butimar Publications, “Mallet” published by Cheshme Publications and “I’m a Grandfather in my Monkey” published by Negah Publications.
Baktash has also been active in cinema and has directed more than a dozen films. Although most of Bektash Abtin’s films and literary works have been seized in Iran, they have been successful in world-renowned festivals abroad. He has received numerous awards for his books and films including best poetry book of journalism and various awards for his films; Park Mark and October 13th, 1937. 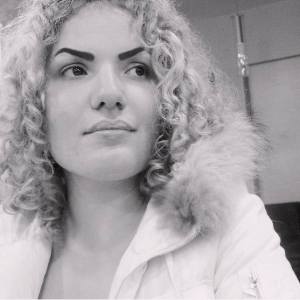 Translated to English by Nasim Basiri