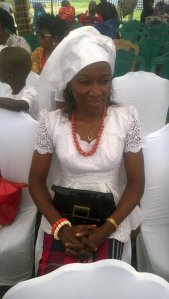 Many a time, life is neither airy nor hairy; either slippery or mockery.

Many a time, troubles are neither green nor seen; either funded or bonded.

Many a time, talents are neither useful nor needful; either remoted or demoted.

Many a time, Culture is neither Godly nor holy; either barbaric or demonic.

Many a time, hope is neither applauded nor lauded; either smashed or quashed.

MANY A TIME IT IS A CYCLE

Where are the gods
Are they still sleeping and snoring,
While their lands soak in blood?

Where are the gods
Are they that blind, deaf and dumb,
That strangers harvest their farms?

Where are the gods
Has the flood swept them away,
Or were they also killed by men of the underworld?

Wake up the gods
Call them loud
Let them know their priests have been massacred
And their pregnant women butchered,
Tell them their men have been abducted into slavery
They parade their virgins naked in a walk of shame,
And their warriors made prisoners of war.

Where is the town crier?
Let him go round the land and summon the people
Let him announce a solemn assembly for our gods,
For things have finally fallen apart.

The aliens take a ride
Their arrows feast on our skulls
Strangers now live in our barns
We hunger and starve to death.

Where are the gods
The African child wails
He weeps and mourns,
As if there is not even a god.

Pass your message, bother not on the comments and likes. People shy away from facts and realities especially if they are hunting, haunting and or hurting them.

A point remains a point, if you make it clear, let them battle with it.

Echoes remind us of our voices because they are witnesses too.

Physical beauty is like dust, do not inhale it.

Be judicious and prudent in little money at least now that you have not become rich.

The quantity of lies we tell does not make up one truth.

If we learn from others, chances are we will sail and sell safer and better.

The courage and boldness of a liar never makes him perfect.

It is more respectful to be candid, no matter what.