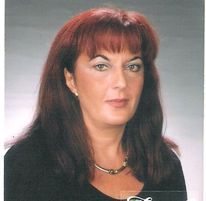 The seven years spent in Turkey, as a detached teacher on behalf of the Italian Foreign Office (M.A.E.) at the Italian High School (l.M.I. ) of Istanbul (Turkey), has left on me an indelible mark for my unusual travel. Reflecting on my own experience, revisited in the light of subsequent events, was born the story of “KARA ISTANBUL”, a woman full of contradictions.
The plot focuses on an Italian artist wearing a wedding dress, who wants to execute a pacifist and humanitarian performance. Her performance starts in Istanbul, where she meets up with her Turkish friend, Deniz, with whom she previously planned her artistic mission. That project – long cherished by the two women, but misunderstood by some Turkish extremists and political circles – undergoes a series of unexpected events, that force them to abandon it.
They are persecuted by some mysterious spies with disturbing implications, like shadows on which hang the suspicions of the Turkish police; some palace intrigues and politically motivated murders, in which they might be involved. Behind the scenes there is a mysterious minister-engineer, who takes them under his protective wing. He is, the supreme architect of the underlying framework, in which at the end he will fall down, victim of a fatal trap set by opposing factions.
The political events, from the Arab Spring to the winds of a civil war that is disrupting Syria, seem to hinder their path due to the escalating domestic and international extremism (Kurds, Gray Wolves, Russian spies, etc.).
In addition there is the danger of Islamic infiltrations, that insidiously are propagating along the borders of south-eastern and north-eastern Turkey (Syria, Iraq, Iran). As a result of a slow motion, some short incredible films take place under the eyes of the two main protagonists , who – while not being able to detect whom is the director of the happenings of which they are victims – keep an eye on the evolution of events that overwhelm them. Crimes in the name of passion and politics, in the rarefied and magic atmosphere of an old Istanbul, overlap on the fascination of some charmer views, described with lyrical clearness.
On the background, figures of different women stand out: Meltem (nicknamed Kara), a romantic woman as well as an innovative artist; her Turkish friend Deniz, intolerant about the pervasive machismo; Fatoş, victim of her husband-master; Vera, seconded abroad teacher with two daughters, who, despite a thousand of difficulties and distrusts, recognizes the need of a full immersion in the local culture.
Other women yet appear on the scene, with their differences of characters and tenacity to understand the multiethnic and multicultural context, to which Kara intends to adapt herself before getting on her journey, by imposing on herself to learn the difficult Turkish language to be able in the future to overcome any adversity.
The journey, at the end, represents an opportunity for growth of female awareness, especially for the Muslim women, about their material and cultural conditions in a world where, only in words, the “equal opportunities” between the two sexes are touted.
Kara, artist suspended between reality and dream, represents – together with her friend Deniz – the aspiration of freedom and redemption of all women. It’s no coincidence that Istanbul, with its air of old lady, poised between East and West, reproduces the ideal frame of the described events; while the trip to Nemrut Daǧi wants to mean the search of their common roots in the arcane eternal fixity of its colossal stone statues.
The enchantment and the disenchantment, tied together by a spiral of contemplation- action, follow one another in a continuum that from an initial, almost fantastic, lightness, turns inside a labyrinth of absurd tragic situations.
Forced both, to avoid further reprisals, to leave the country without having completed their mission, they need, at the conclusion, to disseminate a glimmer of hope in the greeting addressed to Istanbul, which turns into a heartfelt:

The intention to continue the performance is stronger than fire, that is burning in Taksim Square because of the rebellion performed by the notorious Grey Wolves, just when the neighboring Syria is torn apart by a civil war, with the possible infiltration by the fundamentalist Al Qaeda and some Salafi fringes.
The Arab Spring – that seemed a messenger of democratic change, especially for those women subjected to the male oppression, under the aegis of the tradition – has proved, however, an illusion of short duration. Actually, the only achieved result is represented by the Islamic fundamentalism, that seems to be more stringent and distant from the feminine universe.
Will the two main protagonists be able to express their peaceful and hopeful message for a better world, just when the Mediterranean Area is entering a big crisis and the gap between the Western and the Islamic world, between democracy and dictatorship, seems to expand more and more?