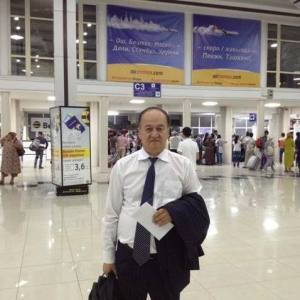 I LOVE YOU WITH MY EIGHTH SENSE!

Love you, eight days is not enough for me,
Ready to love even eighty years.
Not enough for us those thousand nights,
Us eight thousand eight would…, Oh, light!

And from eight to eight we love,
Every day was the eighth of March!
Eighth wonder of the world my you,
To have your spring festival all year round!

Of their captives all eight hundred,
You chose me for your throne.
In the eighth heaven blessed us,
The eighth year was the wedding table.

Our little boy is eight years old,
I love you I feel like the eighth?
Five feelings are not enough to love you,
Beloved, happy Spring holiday!

I love you with a feeling, Yes, the eighth,
When I sleep, I dream at night in my sleep.
I don’t know how to sing you.
If you want a heart with a rose, take it!

I never believed in democracy.
And hardly ever believe it.
For, in a world where Humanity rules,
It is impossible to admit the thought of this.

Rumors are circulating around the world about chipping people,
This is what democracy can lead to.
This is because a person has always been rich in fantasy,
No wonder he most of all loved and will love science fiction.

Here is the answer to the situation,
Which has developed in the world today.
There will never be a democracy,
While humanity will live on earth.

Even if there is democracy,
It will be based on money.
The rich will take the leadership of democracy,
Usually poor people become morally rich.

Humanity has long dreamed of creating robots,
Maybe it wants to create them from people?
Humanity under the guise of democracy
Dreaming of creating slaves?

Maybe it’s about world domination,
Over human robots?
Artificial Intelligence – the dream of stupid people.
Who dream of becoming wise!

Life on Earth is not some kind of science fiction film,
Which has its own Creator, director.
And He will not let Humanity bring to the World
Owl stupid adjustments.

The end of the quote.