Santiago B. Villafania, a bilingual Filipino poet who writes in English and in his native language of Pangasinan, is the author of five poetry collections: Ghazalia: Maralus ya Ayat (2013), Bonsaic Verses (2012), Pinabli & Other Poems (C&E Publishing / De La Salle University, 2012), Malagilion: Sonnets tan Villanelles (Komisyon sa Wikang Filipino, 2007), and Balikas na Caboloan (Voices from Caboloan, 2005) published by the National Commission for the Culture and the Arts under its UBOD New Authors Series.

His second book, Malagilion was a finalist in the 2007 National Book Award for Best Book of Poetry; and won the Gawad Komisyon (Gantimpalang Tamayo sa Tulang Pangasinan) for Pangasinan poetry in 2007. He is one of the 11 Outstanding Pangasinenses and recipient of the 1st Asna Award for Arts and Culture (Literature) in 2010. 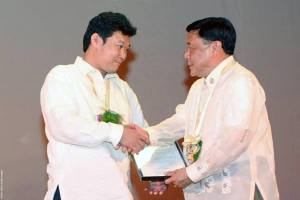 Villafania has been published/anthologized in several countries and some of his poems have been translated into several languages, including Spanish, Italian, Arabic, and Hindi. His unpublished book of poems ‘Murtami’ was translated into Hindi entitled ‘Premanjali’ and was released in the New Delhi World Book Fair in 2013. 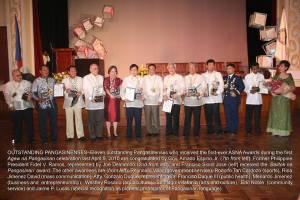 He is a member of the Philippine PEN, a commissioner for the Pangasinan Historical and Cultural Commission, and currently writes a literature and arts column for the “Sunday Punch”.