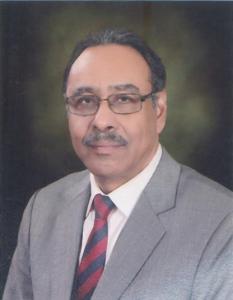 I Kept A Poem Somewhere Here

A while ago,
Just before dissolving smoke of Mobil-oil
Into nostrils of the morn,
I kept a poem somewhere here.

I kept a poem
Beneath the cushion
Stuffed with rags of unstitched dreams, vile green sleeps,
Wakeful nights,
Apprehensions and dealings of the world.

Words of my poem resembled to
The fragrant dew drops
On the rosy cheeks of my beloved,
I kneaded all words of it
One by one in her milky coloured
Self-conceited splendour,
It had all lines with smooth undulation
Like the gait of my beloved,
Its tone had mellowness of her dewy lips,
And in delicacy, neck like a decanter.

The looks of its silvery figure were like (1)saqi’s,
Behind the lascivious gestures,
Reservedness and unresponsiveness,
Everything it had,
Which the loving fond hearts
Get through the eyes of lovers.

After many days,
Upon the low heat of a smooth flame
I placed my pulsations
To become crispy.

Strange mystical are dealings of the world,
One gets no moment of leisure.
The dust that enters into eyes
In pursuit of futile desire to harmonize
Circle of the feet to the wheel of time,
Makes forgetful on which piece of paper,
How much poem I wrote,
Where lay the shards of which dream,
At which corner, upon which desire
Spider weaves the web,
On which wall,
Which mirror keeps unnecessary reflection.

Strange mystical are dealings of the world,
One gets no moment of leisure.
After many days
This holiday will also pass in the worry
That the poem I seek for
In the pieces of paper
And in the core of heart,
Who knows?
Tethering with the hem of which moment,
I had thrown the poem into which depth
Of the waves of my own blood.

Just after a while
The evening will encroach humming,
The anchal of night
From the fore-head of the crescent will waft
To be overspread onto my eyes.

Sitting in the same plight,
Smoke of Mobil-oil will begin to dissolve
Into nostrils of next fresh morn,
All sight will change,
And I again will seek for the same poem
Beneath the cushion stuffed
With rags of unstitched dreams,
Vile green sleeps, Wakeful nights,
Apprehensions and Dealings of the world.

Propping against the yellow wall of life,
I shall ask lonesomeness,
“Didn’t you see……?
I kept a poem somewhere here!”