The Figure – character in the artistic structure of the work of the author Koço Kosta. 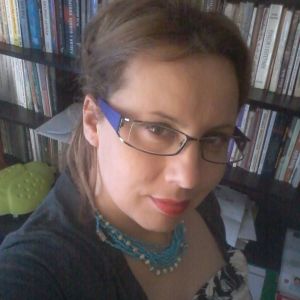 The human figures in the literary works are one of the important tools by the means of which the writers manage to incarnate the reality and express their political and social feelings, ideas.  As far as Koço Kosta is concerned, he represents the positive character and the most revolutionary forces of the time with the ideals of the writer. The character constitutes the most active element that penetrates in literature from the vital processes, revolutionary transformations of the society and the physiognomy of human society. Therefore, we can say without exaggeration that, in order to judge the work of Koco Kosta, it would be enough to see above all who is its main character or hero, to say it with one word, the aesthetical social ideal which leads the writers and is materialized in characters and typical literary figures. It is understandable that these characters are not that much “indifferent” and “disengaged” in their actions and behaviors. According to Koco Kosta his character has no features in common with the hero of the decadent and formal literature. These characters are the truth of our lives, or the vital force in action. They are the true lords of the place; therefore, they deserve the honorable place in literature and life. The author’s point of view seems to abandon the older ways which considered the concepts of superiority of the intellectual towards the masses and this makes the writer to put forward his subjective feelings, instead of mirroring the great world of action, feelings and popular thoughts. Generalizing the figure of characters of the author Koco Kosta, the author has drawn the characters not like a preacher of ideas, abstracts, moral norms or as an expression of himself in subjective meaning, but as a unit of action. He (the character) becomes literature and in the work of Koço Kosta, as a man of vanguard who inspires with his example. These characters are positioned in front of realities, problems and new situations, where in addition of the affirmation comes the need of critical stands.

But, let us not forget that life offers us a rich material and the reader seeks to see the hero of the literary works standing in front of the newest events, to see in his figure the generalization of those features which are born and cultivated in the process of the construction of that time. What important is here, the discovery of the essential sides of the phenomena and characters, the right realistic definition of the platform, its characterization which give to the work the main sounding. However, it happens that sometimes characters of this nature (episodic) have served as necessary fulfillments of the general artistic representation of life, but other times, being not surrendered to the wholeness of the work and the work being treated in a naturalistic way, they have damaged its general sounding.  The relations of these characters with the reality, holding the seal of this reality, are not abstract and ideal, they are concrete and in every case they manifest various relations of individuals among them, having as their basis of various motives, but every time they are socially defined and socially explained. If every character of the author Koco Kosta occupies its deserving place, its portrait will also be complete and the mutual influence will be reflected in many directions, by closing one of the idealized paths and imaginations of the miraculous and “sterile” heroes.  The selection of the main characters, who are placed in the center of the work, have something to do with the issue which is in the interest of the writer and it strongly affects the direction given to the representation of life, the place given to the different aspects and issues which constitute the its wholeness. But the positive heroes not only act against out of fashion “rattletraps”, but also especially against those who try to adapt themselves in our life, they enter like particles and crumbs even into the healthy matter of our society.    In this way in these stories is also derived our positive hero, the way he is being prepared by the present reality. These heroes not only they bear the war, but they also bring great and emotional wealth, being this testimony of their richest spiritual world in ideals and objectives. We mention here the character of Bashmeta, who comes to the village of her birth to pass here the years of her retirement.

According to the writer, his characters should be consequent, vigilant, fighters day and night, in years of work and years of their retirement. We also mention here the volume “Discourse by midnight”, where the author gives the funny position of the character of Sitkiu who appears to be so superficial, so incapable, so artificial, but with his position the author cannot discover his friendly relations.  Artistically, the portrait of this person in the story is beautifully reached through many details, sorted out and placed with much effect (we mention here the passage of the catching of the fly or the knowledge that Sitkiu has about Italian language and literature). In these stories the author has mainly treated the portraying of different people who represent elements with less or much social reach in our present society. But even though stories – portrait, they do not lack the conflicts of the time, because exactly these people carry specified sides of these conflicts, which our morality and our society meet nowadays.

The story “The Little Man Who…”…is the most figured of the whole volume. In this story we are grabbed by the truth of the story and the power of the artistic description. Entering deeply into the psychology of the children, the author has managed to tell us that the whole social life, the family interrelations are individuals who manifest signs of the moral of the time.

Let us not forget that the character is the subject of this matter and this is clearly seen also in the fact that among multiple subjects treated by the author, the first place is taken by the subjects dealing with the ethics and moral norms and the freedom of the individual in the society. The story of Koco Kosta is not a story about events, but about the characters.

Its revolving axis is the man. As such, the thematic of this prose acknowledges some types of proceedings which fit almost the whole of his work. We shall represent the thematic structure of this short prose in the following form:

Judgment (We have to deal with a judgment of the narrative character for the narrated character, a judgment raised on the basis of a misunderstanding or misinformation and prejudice).

Confrontation (here both characters are placed against of each- other. Re-evaluation   (here as a result of some developments, the narrative character re-evaluates the narrated character).

In relation with the characters of the work of Koco Kosta, Miranda Haxhia expresses herself saying: “I have nothing about the prose, but the prices are so rare and the possibilities that a writer be awarded are so distant that it should be thought better that which of the books deserves a price! I, without hesitation, would give the first price to the work of Koço Kosta for some reasons: he has beautiful prose, wonderful language, excellent lines, he has an extraordinary style, a host of characters and he has done a detailed work believing that the reader deserves a qualitative literature. The works of the author have no competitor. It is still not tasted well by the reader. The only reason I find is that the members of the jury have not yet read his books; they have not had the desire to read them. This is a talented writer, but with his works he places high fences in the distinguishing of our prose.”

Here we think about the reading of two stories: “I Feel Yearning” and “The Villager Doke”, published in the 3rd edition of the magazine: “Nëntori”, where the reader cannot help asking himself this question: Why have we not properly considered this talented author until now and how their spiritual world unfolds?

In the two above mentioned stories, the author puts in the first place the inner world of the two characters, he appoints to himself the duty to penetrate into and unfold their enriched and colored world. And in the beginning we have the impression that, to make this more convincing and more powerful, it seems as if it seeks the assistance of the special case, “the differentiated case”. The people are the root and the bed of every material and spiritual value, which are beautifully expressed in the consequent considerations of Pelik Baduni, also in the readiness, wisdom and honesty of the characters, who incarnate simple working people, used by the writer with good artistic tendency and sense, of wisdom, phraseology, humor and the popular way of the understanding of the vital processes.   In this aspect the author is distinguished for:

1) Spiritual portraying of the characters

2) Psychological projection of the development of the characters

3) Versatile sketching of the conflict

4) A rich flora of descriptions

The characters in the actions of the author are presented to be always in struggle against the old tradition, in search and action. We have plenty of facts to convincingly say that Koco Kosta has worked convincingly and insistently to enrich the diversity of characters, figures, among which those selected by the heart are the carriers of the traits of this moral which seems to be an ancient peculiarity to be taken in art. We observe another phenomenon in relation with the characters of Koco Kosta. Within the narration the positioning of the author changes in some way. Sometimes, he speaks from the position of the character, sometimes as if he distinguishes himself in order to narrate to the reader. This combination is created by the inclination to deepen the psychologism, in order to discover that wave of feelings and thoughts that that character is experiencing. The look of the narrator penetrates deeply into the world of the character. In this novel: “The Two of Them and Others”, it seems to us as if there is a vague conception of the characters who move like shadows without a rich world, without physiognomy, lifeless, who assert unclear things full of equivoques, make darkly and wrong reasoning. It seems that there is a complete incoherence in the representation of these characters, which seems that they move the narrator Koço Kosta.  We mention here Bastriu, the character of the story: “The Young Man Who Loved The Horses”, where in addition to manhood, he has the fluctuations of the world of a child, in addition to the maturity and the supreme ideal of the time, he has the naivety of the fresh age. Therefore, according to the author, in order to reach this point he necessarily created these characters that had a biography, a physical portrait, a way of behavior and speaking, which distinguishes among them. This literature should impress the objectivity; therefore the author should narrate the events without taking part in them. Literature:

Arta Seiti. The need of a testimony. Twenty years after censuring the novel “The two of them and others”{Author Koço Kosta} {published in the magazine “Nëntori”}, in Albanian language, Nr.216, 15 October 2006, f.19.

On the deeply wrong novel: “The Two of Them and Others”{Author Koço Kosta}: The self-criticism of the editorial office of the publication and extermination of the published part of the novel in the previous number}. In: “Nëntori”, nr. 5, May 1986, p.20-28.

A PUBLICATION OF POETICAL GALAXY  “ ATUNIS”