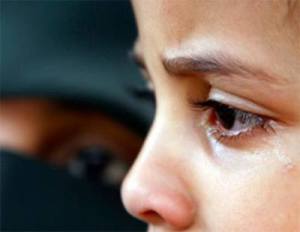 6 February had been designated in 2004 by the United Nations General Assembly as the “International Day of Zero Tolerance for Female Genital Mutilation.” I have difficulties in setting overly high ambitions. “The elimination of poverty” is often set out in U.N. resolutions as an aim. The reduction of poverty and steps toward meeting the basic needs of all, I believe, is a program which can be undertaken. Likewise, lowering the practice of female genital mutilation through education, research, and public discussion, is a realistic aim and builds on work already undertaken while “zero tolerance” is not an aim on which a program can be drawn.
Research and studies on sexual beliefs and practices has been a sensitive topic – even a taboo – in most countries. The controversies over the 1948 publication of the Kinsey Reportand its 1953 follow up on female sexuality in the USA is a good indication, despite the fact that discussion of sexuality in the USA was probably more advanced than in any other country.

The United Nations Economic and Social Council (ECOSOC) first raised the issue of genital mutilation under the code name of “traditional or customary practices” in a request to the World Heath Organization (WHO) in 1959. The WHO refused to consider the request on the grounds that the “ritual operation in question are based on social and cultural backgrounds, the study of which is outside the competence of the WHO”

It was only in 1975 – the first International Year of Women – that the issue started being raised again by a few non-governmental organizations (NGOs). In 1977, the Inter-African Committee on Traditional Practices Affecting the Health of Women and Children was created in Geneva.. The President, Mrs Berhane Ras-Work, had been one of my students in a course I gave on African women and social development at the Graduate Institute of Development Studies in Geneva for the 1975 Women’s Year. Thus I have followed efforts on the issue since then and voiced support in the UN Commission on Human Rights (now the Human Rights Council). It was at a WHO seminar in Khartoum, Sudan, in 1979 that the unambiguous term of Female Genital Mutilation (FGM) was first coined and is largely used since.

Given the difficulties of research on the issue, we have only overall estimates and studies in limited geographic areas, mostly in West Africa. It is estimated by WHO that over three million female children and girls in over 32 countries are mutilated each year. The WHO estimates that some 200 million girls and women in Africa have undergone some form of female genital mutilation. Studies showing the practice as wide spread in Yemen have been carried out but very few in the wider Middle East except for some studies carried out by NGOs in Iraqi Kurdistan. In much of the Middle East, discussions of sexuality and personal relations is kept in the private sphere. The culture of psychoanalysis which has led in the West to in depth discussions of sexual drives has not developed in the Middle East. (1)

Given the lack of in depth discussion, especially with people living at the village level, it is difficult to know what are the social-psychological motivations of the practice – which on the physical level has only negative consequences. In the rare interviews on the topic, women give different and multiple reasons for genital mutilations. For some women, it is a rite of passage to adulthood. For some it is considered aesthetically pleasing. For others it is related to morality and finding a suitable husband for their daughter. One of the main factors behind the persistence of FGM is its social significance for women. In most areas where it is practiced, a woman achieves recognition mainly through marriage and childbearing. It is thought that many men would refuse to marry a woman who has not undergone FGM.
As most of the countries where genital mutilation is practiced are Muslim-majority countries, Islamic religious justifications are given. In practice, Islamic scholars disagree on the issue. Some say there is no obligation while others refer to the mention of female circumcision (as it is often called) in the Hadith (the collections of sayings and actions of the Prophet Muhammed). There is agreement among scholars that there is no obligation of a ban on the practice.

Nevertheless, Muslim-majority States have voted in favor of U.N. General Assembly resolutions calling upon all States ” to intensify efforts to raise awareness of and to mobilize international and national public opinion concerning the harmful effects of traditional or customary practices affecting the health of women and girls, including female genital mutilation.”

Such resolutions provide the policy legitimacy for dealing with the issue, but there is a need for local leaders and communities to lead in putting an end to these harmful practices.
Thus, there is a need for education and local initiatives of awareness raising programs among both women and men. It is especially in the rural areas where the practice is most tenacious and is considered as vital to identity and family life. There is especially a need for education to counter the deep-set fears of female sexuality on the part of men. This fear maintains an atmosphere conducive to FGM which is thought to lessen the female desire for sex.