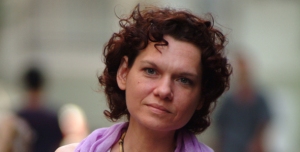 Turkish police arrested novelist Asli Erdoğan on 16 August 2016 in a raid on her apartment after a Turkish court ordered the temporary closure of newspaper Özgür Gündem. Erdoğan is on the advisory board of the newspaper. The closure is part of an intense state-of-emergency crackdown in response to a failed coup attempt on 15 July 2016, reported Hurriyet Daily News on 17 August 2016.

“Freemuse is deeply worried by the arrest of Aslı Erdoğan and the widespread persecution of artists, journalists and citizens by Turkish authorities,” Freemuse executive director Ole Reitov said. “Turkey already had a bad track record of stifling its citizen’s artistic freedoms before this state of emergency; now, authorities are employing troubling tactics to cast a wide net over anyone deemed ‘undesirable’ under the guise of state protection, exactly at a time when people’s expressions need to be heard.”

Though civil servants, police and military personnel, politicians and journalists have been the largest groups caught in the aftermath of the coup, artists have also been targeted in the wide-cast net of suppression.

On 7 August 2016, authorities banned the performance of a play by famed veteran actor Genco Erkal for “security reasons” after the coup attempt. However, following petitions, online reactions and a speech in Parliament by a member of the Republican People’s Party (CHP), the ban was lifted days later, reported Turkish news outlet Birgun.

On 11 August 2016, pop star Sıla Gençoğlu had four upcoming concerts cancelled after she made comments about a democracy rally attended by millions in Istanbul that authorities and promoters deemed “mocked” the will of the people and their “honourable stance”.

Aslı Erdoğan’s arrest came alongside the arrest of over 20 other journalists and staff members of the newspaper and other media outlets.

Özgür Gündem, meaning Free Agenda, was founded in 1992 and reports on the Kurdish-Turkish conflict. Due to its focus, the newspaper frequently comes under investigation, has its correspondents arrested and is fined. In this most recent incident, Turkish courts stated that the outlet made “propaganda for the PKK”, the Kurdish Workers’ Party which is listed as a terrorist group, and acted “as its de facto news outlet”, reported Reuters on 16 August 2016.

According to Freemuse statistics on violations of artistic freedom, Turkey has been in the top five of worst violating countries in 2014 and 2015, in the company of other chronic violators China, Russia and Iran. Last year, Turkey had 15 violations on artistic freedom, which included arrests, imprisonments, attacks, threats and censorship.

Since the attempted coup led my military officials, a three-month state of emergency was put into effect giving president Recep Tayyip Erdoğan and his cabinet the power to draft new laws, restrict or suspend freedoms and make arrests without going through parliament or being challenged by the constitutional court.

Freemuse joins fellow human rights organisations PEN International and Committee to Protect Journalists in calling for the immediate release of Aslı Erdoğan and all her fellow journalists.

The award-winning writer has released several novels, stories, poems and essays, and wrote columns for newspapers Radikal and Özgür Gündem that touched on taboo topics, such as torture, women’s right and Kurdish issues. She was also a speaker at the first World Conference on Artistic Freedom of Expression held in Oslo, Norway in 2012, and organised by Freemuse and Fritt Ord.

‘We will not submit,’ newspaper headlines after police arrest staff, court orders closure

Turkey detains at least 48 journalists in one week

» 3 May 2016: Turkey: How Erdogan turned the tables on the EU to stifle free speech