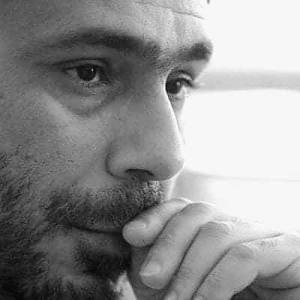 Tareq al Karmy (1975) is a Palestinian poet from Tulkarm. He started writing poetry during his early teens, some of his poems were published in the press and magazines before his first collection of poems was published at the age of 22. When he was 24 Tareq was awarded the Palestine Medal by the later president Yasser Arafat

His published collections include: 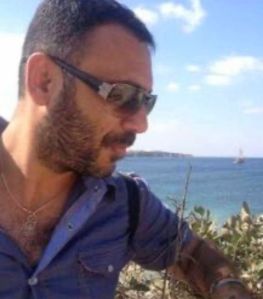 The Legend of Mythic, Proud Perfection

Not Richard’s – not your “Lionheart” ’s – horse, no
Nor Great Alexander’s steed Bucephalus, no
Not Roman horses thundering home their demonic mastery,
Not the legendary, immortal, Trojan horse,
No, there’s never been a horse on all the earth but —
failing to attain absolute perfection of nobility —
has, in the end, had to be put down
by merciful bullets. Not one
except
this, the one my father bought me,
my horse,
although it’s only wee and made of wood.

Meeting with the ground

The sleeping shirt of my girl

All the Viagra in the world
won’t
make the economy
stand up.

I’ve been arrested while
Carrying
for you, smuggled poems
my heart and the unfaithful joy

Poor, like the soldiers’ tea Simple , such as the water you drink As stranger as the lost country of mine. And a secret bullet from some finger’s mouth. As wild as a salt rose A pair of shoes upon the child’s feet, kissing the Earth’s cheek at every step he treads This is actually what I am !

CRAFT OF THE DEAD

I’m not a war comprador , not a bargainer of weapon cargoes either , for once the last War is over I should become a junk dealer , selling rifle barrels for flute artisans , selling shell copper for jazz music manufactories, and bones of tanks for Disney Land and children amusement parks . A war junk dealer, this is actually what I should become ; I would sell the soldiers’ skulls for church icons merchants , I would sell pictures that do capture mementos of the ultimate gaze of the dead, arms amputed would be dedicated for those who had lost the waving farewells at some harbor or an airport , for those who had long dreamt of shaking hands with God some day. I would sell the cannon wheels for disabled chairs , the sniper rifle scopes for those who failed to look far off into paths gone astray . And yes , I should become a junk dealer in this last War. But what about the armistice ? how shall I purchase it in the café of the generals ? I shall sell whatever connot be sold so that I would build a hunthill ( a shelter ) for my three children and myself for an eventual War which is now making my eyes sneeze with its dust already.