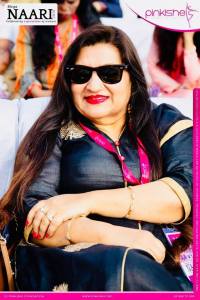 Poem by Lily Swarn
THIS WAS A MAN
The grave was ornately adorned
with an exorbitantly priced gravestone
Once glistening and glittering in the sun
it now looked woebegone
Long ferns waved and swayed
in ominous fronds around its periphery
Pigeons in dozens came and perched
on its marble balustrades
Creating an artwork
with their profuse droppings
The body buried beneath
the nine feet of earth
Was now eaten up by worms and insects
with lip smacking delight
The skeleton lay calmly with no one
to disturb its sleeping repose
The silence of eternity
boomeranged in the nether world
Not even a whisper reached
the entrails of this mud bed
The haunting hollowness of death
reverberated through the grime
Dead as a dodo, cold as ice ,still as the
hills
A hermitage in the underworld ,a yogic
stance
The bow taut and frantic up above
The arrow piercing deep into the ether
The Aakash swallowing up the body
Eating and biting and gulping the matter
The form blown away in the wilderness of
the universe
The man in the grave not a man any more
Only a bag of bones as they say
He married and he lost ,he earned and he
lost
His tombstone read like an awards function
Praise heaped and adjectives embossed in
marble
But alas !
No one even once said that
“This was a man who died for love “
© 2017. Lily Swarn. All rights reserved.

One thought on “THIS WAS A MAN / Poem by Lily Swarn”