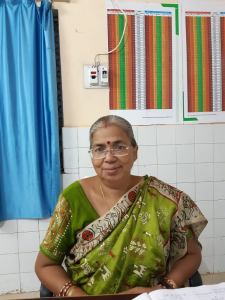 Home is where the heart is

We dwell in houses,reside in heart.
The house may not be a show piece,an artisan’s art.
The nest we build,we call our own.
Love and affection, make the house a heavenly home.
The house is built with the sweat of our brow,
If not glued with love,may melt like a castle of snow.
We put our brain for the decors intererior.
If heart is not in, peace in piecemeals get scattered.
Home is our den,where we share our thoughts.
Where we get charged, not letting ourselves to get rot.
Home is not built only with bricks and cement.
Love ,affection make it a paradise, an utopic monument.
Earth may quiver,earth may shake,
In storm and wind,a house may break.
A home can’t break,if it’s glued with love.
Affection decorates,with heart supervising from above.
An open space to be kept,to tame the peace dove.
Home is where there’s heart.
Heart is boon,brain is bane, they play their respective parts.

“Giving and forgiving” are so heavenly, virtuous acts,
It’s scribbled in the gene to have more impressive impacts.
The world has so much for everyone’s need.
Still not enough for one man’s greed.
The God is so godly, for His blessings He offers.
The hands hold high play the charitable chauffeurs.
Charity has been God’s one and only passion.
The heavenly bliss He enjoys as charity is His sheer mission.
All matters are bartered against some exchange offer.
Pure bliss is so instantaneous, sans bargain for sure.
When a hungry and morbid smiles sans hunger pain,
Sans a bit bargain, what’s a real big gain!
Charity once started ,gives immense pleasure.
The happy hormones play as the charismatic buffer.
The thought of charity when flutters its wings in the brain,
Can the passion of charity be bound in a chain?
Charity is so heavenly ,why to leave it only for the God?
Let’s start charity early from home,with a mind too broad.
One life in this mundane world let’s cash and invest.
Let’s taste the pleasure of charity,let not it go waste.

Let’s lend an ear to the amazing muse.
Where the vast sky with sea gets fused.
Rhythm rhymes with inter and prelude.
The chorus may have refrains with orchestrated mood.
The celestial stars,moons and the far off meteors,
Rhythmically twinkle sans any error.
Sounds sans rhythm may be branded as noise.
Noisy monotony crickets make tinnitus sans any break or poise.
Tsunami and the great earthquakes,
With cacophony sans rhythms continuity of life does break.
Life wouldn’t be lively,would stand stll.
All goes as per the Almighty’s own will.
The deadliest aghast blast only kills.
The universe rehearses with some kind of rhythm.
Day slips into night smoothly with freedom.
Where rhythm breaks sans prior warning.
A fire breaks out, grasps, every thing goes waste with burning.
Sun burns and blasts with a rhythmic sounds of “Om”.
The cosmic rhythm of the kind in its highest skilled form.
The most sweet rhythm is the heart beat.
Nothing can be compared with,it’s so sweet!
When a sinking arrythmic heart reverts with rhythm at par,
Can the happiness be compared with any other?
The most beautiful music, in this universe is the rhythmical heartbeat.
Arrhythmia when gets replaced by it,
Death knocks somewhere very near.
Rhythm is life,sans animation may be suspended for ever..