Pradeep Biswal’s A House Within: A Critical Elucidation

‘The state of Orissa’, writes M.K Naik in ‘Indian English Poetry: from the beginnings upto 2000,’ is generally considered to be one of the backwaters of the modern Indian English literature scene’. In addition to Jayanta Mahapatra, Prabhanan K. Mishra, Bibu Padhi, Niranjan Mohanty, Rabindra K. Swain, Pravat Kumar Padhy etc., Orissa has produced a large no of other powerful poetic voices as well. One such Orissan voice is Pradeep Biswal, a distinguished poet writing in English and Odia with equal ease.

With five anthologies of poetry in Odia and two collections of poems translated into Hindi, Pradeep Biswal has come up with A House Within as his first anthology of poems in English. All the poems as showcased in this collection revolve around life in all its shades, love, nature, divinity and spirituality. Most of them are of contemplative and introspective strain. Various facets of life, in fact, find their full expression in his poetry. “Flow of emotions makes his poetry meaningful and capable of touching the heart of the reader’ as he avers in his Preface. He opines that “poetry must convey an inner feeling in whichever way it may be through images, words, metaphors and myths.’ we find a proper amalgamation of all these elements in his poetry.

Biswal’s poetry is marked by the apt description of nature, hence a major preoccupation for the poet to put his thought across. Floods, woods, mountains, rivulets, sky, rays, rainbows, clouds – all make him observant and enjoy the beauty of nature as it contains the ‘whole universe’. Frankly speaking, it is the persistent use of images, mostly drawn from the natural world that makes his poetry more appealing and enjoyable. Even the ordinary phenomena are expressed in an extraordinary poetic excellence.

His poem “The Wild Flower” is a brilliant expression of looking at life with the telescope of nature to realize its hugeness and importance. As a poet of nature, he is aware of inherent power- aesthetic, mystical and spiritual- of nature. He remarks:

A tiny flower
I plucked from the wood…

I held it in my hands
Watched it closely
It’s soaked with morning dew
The bright rays of the dawn
Beauty of the rainbows
Mysteries of the divine.
A mere tiny flower
It contains the whole universe.

His poetry evidently exhibits a correlation between life and nature. In the poem  “The Art of Living”, he stresses the art of living with zest and zeal and facing the external challenge of the life as he firmly believes in rising after the fall-

Fire spreads across
The hilltops.
Still green leaves
Sprout again
On the branches
A new life germinates
Inside the womb.

With stirring imagery amply and aptly employed he further highlights the guts of the people through the portrayal of the life and people of a tribal hamlet of Odisha, in the same poem-

The morning sun shines
Atop the mountain
Everyone forgets
The bad dreams
Of the previous night
Years of catastrophe
By the blessings
Of the unseen
They know well
How to live the life
On their own.

“In the Twilight Zone”, “The Rainbow in the Evening”, “While Clouds Descend”, It’s Raining Today”, “Spring has Arrived”, “A Flower Bloomed” are some of remarkable poems dealing with astounding aspects of nature , thus showing the rapport between man and nature.

The poet has exploring eyes on contemporary issues also. It is not that he is carried away by the beauty of nature from the realities of the world. He is vehemently critical of the modern malaise. “The War Never Ends” is a pathetic poem dealing with the theme of unending war. He makes a caustic remark:

The war never ends
Without blood splashing the streets
The corpses littering the lanes
And women sacrificed
On the altar of masculine pride.
They’re the first casualties
In any war
Waged in history
The mutilated breasts
Staring at the sky

Biswal is essentially a poet of love and nature. Besides nature, elements love and longing pervade in his poetry, with some layers to be decoded. He does not color his love with artificial decoration. His is simple expression. The theme of love is well contained in the poems “Between Us”, “Manorama’s Eyebrows”, ” In Love Again”, ” Dreams Again”, ” When We Met” etc. .

The poem “Between Us” describes the ‘ barrier’ of loneliness and silence of the lovers. However, despite the barrier of time, river, wall etc the feels the intensity of love even in separation. He croons-

We in two distinct
Different zones
……………………..
But somewhere
A melodious symphony
Spreads its wings
Like a morning breeze
That touches
Our hearts and souls
And we intensely long
For each other

Next poem ” I Know it Well” is a beautiful wooing of the poet who asks his beloved to ‘ come, rest your head/ on my shoulder’. With a promise to balm her ‘aching wounds’ he proclaims:

I can bear your burden
And carry you
To a distant planet
To save you
From the prying eyes
Of your dreaded enemies.

In some of his love poems, he very skillfully demonstrates his take on life and world. For instance, in the poem “When We Met”, he talks of life caught in the whirlpool of uncertainties and un predictabilities. In the concluding stanza he philosophizes human predicament:

He calls the world ‘weird’. His helplessness and bewilderment at the way of the world can be felt in the following lines of the poignant poem “In Mourning”:

The empty cup
Stares at me
Where to find solace?
Shades of my life
Turn grey
With passing of time.

The titular poem “A House Within”, one of the most remarkable poems, sums up the poetic credo of Biswas whose nuanced expressions deserve to be taken into serious account. The poem is a beautiful manifestation of his existential experiences and philosophical profundity. After describing the outward panorama, he turns inward as a man of realization. He remarks:

The ‘house’ here is a metaphor and symbol. Then he puts across the quintessential thought and outlook on life:

Its lights and shadows

An air of its own

In addition to love and nature, melancholy, silence and dreams also permeate in Biswal’s poetry. As a suggestive father, he has written one or two poems for his son. “Where are You Now?” expresses his angst and complaint against his country which he finds nowhere now-a- days:

Where are you Bharat?

I come across you.

You were no there

Among the black flag

Towards the end of the poem he makes a request to his nation to address a series of prevailing issues including the grievances of farmers, pensioners, famine, and other state of affairs:

We have many more

In a nutshell, Biswal’s poetry is enjoyable and notable for his deft handling of words and stirring imagery, his vivid diction and wide range of themes, dealt with simplicity and precision. All his poems, as Dr. Bhagaban Jayasingh has rightly remarked in Foreword, are simple and ‘plain’….; they are not labored, brittle or superficially witty’. 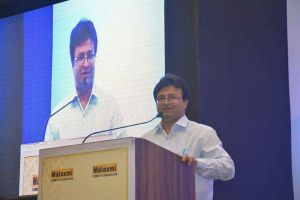 Bhaskaranand Jha Bhaskar is a trilingual poet (Maithili, Hindi and English), short story writer, critic and reviewer. Regularly published in various national and international magazines, both printed and online he has to his credit  two collections of poems in English: Soothing Serenades: Straight From  the Heart (2018) and Two Indias and Other Poems (2019). One of his poems on Nelson Mandela is included in the academic syllabus prescribed for the school students of Philippines.

Besides, he is also a contributor to journals like The Criterion: An International Journal in English, IJML (International Journal On Multicultural Literature),  The Anvil (Forum of Literature & Academic Research in English) and Harvests of New Millennium, The Interiors, Taj Mahal Review, IJES (The Indian Journal of  English Studies). He is also a part of several anthologies like ‘Epitaphs’, ‘Purple Hues”, “Whispering Winds”, “Just For You, My Love”, “Heavenly Hymns”, ‘I Am a Woman”, “The Significant Anthology”, “Umbilical Cords”, “A- Divine-Madness” (Five Volumes), “Poetic Prism” – 2015 & 16, “Searching For Sublime” (Australian-Indo Poetry), “She the Shakti”, “Whispering Heart”etc.

He is also the Review Editor of Asian Signature, a literary e-journal, managed from Kolkata.

One thought on “Pradeep Biswal’s A House Within: A Critical Elucidation / Bhaskaranand Jha BHASKAR”