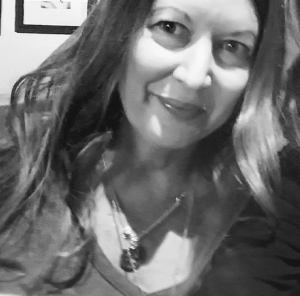 Krysia Jopek was born in Hartford, Connecticut. She holds four degrees: a B.A. and M.A. in English from the University of Connecticut, an M.Phil. in English from the City University of New York (CUNY) Graduate Center, and an M.F.A in Literary Fiction from Albertus Magnus. She studied in London her sophomore year of college and attended Semester at Sea in Fall of 1988 before teaching English at City College New York (CCNY) from 1991-2001. The combination of her travels, education, and teaching experience informs her worldview and subsequently, her writing, with a global dimension.

Her first novel, poetic in nature, Maps and Shadows (Aquila Polonica 2010), won a Silver Benjamin Franklin award in 2011 in the category of Historical Fiction. She is currently finishing her second novel, literary fiction, The Glass House of Forgetting. Her chapbook Hourglass Studies (Crisis Chronicles, 2017), a sequence poem in twelve sections, has been nominated for a 2018 Pushcart Prize in Poetry. This small book was influenced by Rainer Maria’s short book, The Book of Hours. Her first book-length collection of poems, Painting the Rain, is currently with potential publishers.

She founded Diaphanous Press in February 2017 to promote–via Diaphanous: a biannual e-journal of literary and visual art–the finest cutting-edge poetry, short fiction (poetic fiction, hybrid, flash and micro) and visual art that she can find. Please visit www.diaphanouspress.com to read the Spring 2017 and Fall 2017 full issues of Diaphanous, and the 13 diaphanous micros she has published thus far. Also, feel free to review the mission statement of poetics/aesthetics and submission guidelines–and submit unpublished literary/visual art.

Krysia resides in Connecticut in her Poet’s Cottage with T.S. Eliot (Eliot for short), an amazing rescue dog and her adopted kitty, Marina Farina Ballerina Snow. You can follow Krysia on facebook on her personal page, her Krysia Jopek Author Page; her dog T.S. on his Eliot Jopek fan page, and diaphanous micro on the diaphanous micro facebook page (in addition to www.diaphanouspress.com). Feel free to email her via the Contact page on this website, if so inclined. She loves to hear from readers, former students and colleagues, and other lost and new connections. 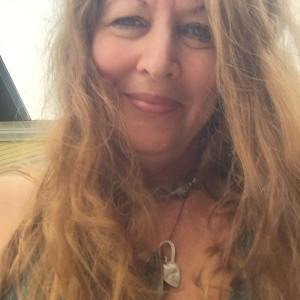 Count the steps to the mailbox at night, the number of seconds in emotional freefall, the minutes left in the hour, the hours until the work finish line. There is always more time [on some level] somewhere.

Enumerate the drops of the waterfall to have that Zen experience amidst the mass-produced chaos of the hour. Cars zigzagging on the freeway; following too closely. Road rage will get you nowhere; zoom in on your shadowed hand.

The dreamer becomes a statue lost underwater, tangled in seaweed moss. The fishhook may dislodge more dirt than one can handle. Pull up the nets and count the bounty; contemplate setting the captive free.

The other subjects were pleasant overall.

If reading between the lines, jettison all lines. There are no absolute rules—just the skeletons of fists grasping one’s own collar.

When sleep becomes a weighted blanket, wrap the moon and stars around the body’s cocoon; brace for the rain in the open windows that let in tomorrow’s frenetic bird trills.

There was heated discussion of not talking about the wars going on; documents signed to hide other documents. Talk of fake news, media non-facts, egregious behaviors, illogical events. . .

Don’t be fooled by the proliferating screens.

The subject’s suitcase hides a vacation to the island of reprieve. It will be very quiet there; pack music to unfold pages/uncurling mimosa blooms.

Don’t panic; others have felt this way.

Lost, this.
Lost, thus.
Sleep wages
a feeble war
to defy her armor.
Her edges pull down
a tent of stupor.
The brain—an organ
of electro-chemical
relationships,
toxic or devoid.
Transactions
missing
syn-
apses,
useless
syntax.
The final lime
green flickers
of fireflies,
a sad excuse
to peel the eyes.
I am sweeping, this.
Sweeping, thus.
The broken china
and depression
glass lemon lime
pink amber
shards to scoop into
tomorrow’s dustbin
or the garden bed’s
cheerful mosaic (music).
Wearing the sweater-shawl
my father darned
or his flannel jacket
of blues and grays
the colors of his stormy eyes—
the jacket from too many
days in the hospital,
too few of hospice.
I am sweeping, thus.
To stay busy, distracted
from too many storms
on the encroaching
horizon
beckoning
their chaos.
I have seen you, too,
at the dangerous peripheries—
an outlaw of the future
tempting the impossible.
Don’t look so afraid.
I am reaping, this.
Weeding the meaningless
and riffraff
after the ship
crash
into the pillar-
stones.
Tomorrow I shall plant new
ideas and things
I’ll dream tonight
when sleep comes
with her white-down
wings
comforting the lost,
the petrified.
Tomorrow I shall awake
like you
and forget
all I need.