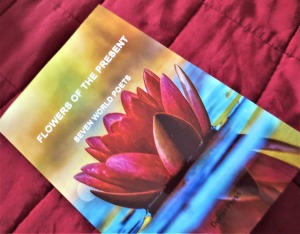 FLOWERS OF THE PRESENT

With “Flowers of the present”, an anthology of seven international poets, another stamp and signature have been placed on the world map of poetry.

In this edition, just published by Demer Press, Leusden / The Netherlands, you will find poems by:

Rahim Karim (Karimov) is a poet, writer and translator. He graduated from the A.M. Gorky Moscow Literary Institute. He is an official representative of the International Federation of Russian writers. He is also a member of the Board of the MFRP, National Union Writers, Union of Journalists of the Kyrgyz Republic. An author of about 20 books of poetry and prose, published in the Uzbek, Kyrgyz, Russian languages. The total circulation of his publications (along with periodicals) is more than 6 million copies. He is the winner of the regional journalistic competition ‘Altyn calem in 2003’ (Golden pen-2003) Republican laureate literary award in the name of Moldo Niyaz.

Rahim is primarily a social poet, involved in the well-being of all residents on earth and often in his poems he shows involvement with the less fortunate. His indignation about all the wealth, which is not shared with the needy, the poor, is often reflected in his poems.

Well off planets, the population simply,
Your suffering pain causes you worry?
They sing in the market songs of invalids,
Past to the concert, football we hurry!!
(Invalids)

Peace and his faith in God are recurring themes.

Peace road was opened by God to me,
To go about it, not glancing.
Not be distracted by every breath.
To dedicate it, not stumbling.
(The road to peace)

Mbizo performs in a very imaginative and meaningful way, rhythmically, compellingly and convincingly the oppression of population groups, in particular in the region, surrounding countries where he lives. Many of his poems express a desire for liberation and justice.

Terebinova Tatiana (Russia) is a poet; she lives in Otradny Samara Region and Moscow. She uses the technique of syllabique-tonic, free verse (vers libres), haiku and tanka.
Tatiana graduated from the Moscow Cultural and Arts Academy in 1989.
She is a winner of the Moscow International Free Verse Festival (1996).

Tatiana is a poet who works strongly with a sensitive approach towards nature in an intuitive and even mystical way. Her observations can be described as delicate, in all her poems. 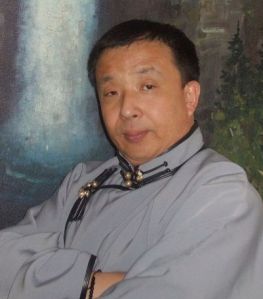 Sendoo Hadaa (b. 1961, Mongolia) is a poet and translator of international renown. Since 1989, he has published 15 books of poetry. In 2006, he founded the ground-breaking World Poetry Almanac, which he continues to edit. He has won awards for poetry in India, the USA, Canada, Greece, China, and Russia, including the Mongolian Writers’ Union Prize. Hadaa Sendoo’s influence transcends national and ethnic borders. His poems are translated in 40 languages. He is recognized as a modern and distinctive poet of the 21th century.

An interview with Hadaa Sendoo is included in this collection and a poem. His poems show a strong connection with nature, questions about the meaning and role of man on earth, and a mild philosophy about existence. His language idiom is powerful, concise and meaningful. He is typically a poet from the broad perspectives.

You are living in Mongolia and international a well-known poet. When did you start writing? Could you tell us something about the reason and circumstances that let you start to write poems?

When I started writing poetry, it was the end of the 20th century. I was in the grassland when I was young, and I had the idea of being a writer. But life and fate made me become a poet.
The international poetry circle defines me as a professional poet, but I don’t think poets who write poems form a special profession. “Professional poet” – this term is easily reminiscent of “professional teachers” and “professional players.” I feel that Hermann Hesse puts it very well: the poet who has become a poet is a poet.

Oh my And!*
Why are you ashamed to write in Mongolian
Many times my heart crumbled
(The Shadow of the Future)

Hannie Rouweler (Goor, 13 June 1951) has been living in Leusden, The Netherlands, since the end of 2012. Her sources of inspiration are nature, love, loss, childhood memories and travel. In 1988 she debuted with Raindrops on the water. Since then more than 40 poetry volumes have been published, including poetry books in translation (Polish, Romanian, Spanish, French, Norwegian, English). Poems are translated in about twenty languages.
She attended five years evening classes in painting and art history, art academy (Belgium).

Hannie writes about a variety of diverse topics. Poetry is on the street, for the taking, is an adage for her. She mixes observations from reality with imagination and gives a pointe to her feelings and findings. Unrestrained imagination plays a major part in her works.

The darkness fell on me one evening
that all debris had already collected
themselves in a remote corner of the day:

If someone drops his pen
another picks him up and continues writing.

The cross that everyone carries
with personal stations, against invisible walls,
images are different, so is the sequence.
(If someone drops his pen)

Debasish Parashar is a Creative Entrepreneur, Singer/Musician, Lyricist and Multilingual Poet based in New Delhi, India. He is an Assistant Professor of English literature at the University of Delhi. Parashar is the Founder & Editor-in-Chief of Advaitam Speaks Literary journal.
His debut Music Video ‘Shillong’ from his debut EP ‘Project Advaitam’ released in the month of September, 2018. His write-up on Majuli has been listed amongst top 100 online #worldheritagesites stories globally in May 2016 by Agilience Authority Index.

Debasish is a versatile, colourful poet. His use of language has a breath-taking beauty, even if he expresses less beautiful things in a balanced, cautious but always lyrical use of language.

There is a city inside your body
noisy, cloudy and ancient 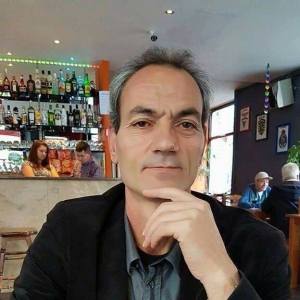 Agron is a lyrical and language-rich poet. With a sensitive pen he knows how to show painful spots without ever being sentimental or too heavy in words. He often shows in poignant manners the human deficiency, inability, and also asks himself the necessary questions. That gives a fair and honest picture of the poet himself.

When you are not here
What is left for me to watch
A light that is born during the morning
Or during the dead facades
Which are rising up to be majestic every day
Under my feet I feel god’s sacrifice
In the name of what I used to be
Lost between the curves of a rainbow
I finally made it there
To that gate
Which I entered without knocking !
(When you are not here)